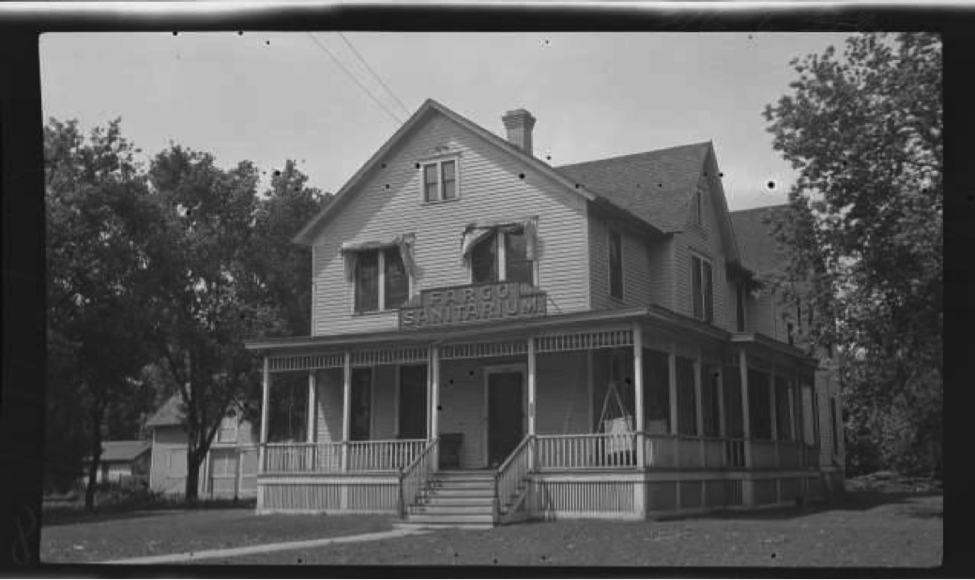 Are you afraid of the dark? Do you get the heebie-jeebies easily?? If so, this story might not be for you…

Once upon a time, there was a child born in St. Lawrence County named James Edward Cavanagh. It was in the eerie town of Morristown, New York, where the boy grew up.

Throughout his years of education, he studied in Ontario and Chicago and became interested in the study of Psychological Therapy. He later moved to Fargo, North Dakota, and began to practice the “science of magnepractic”. He quickly became known as “Dr. Cavanagh: the drugless physician/surgeon” and had a reputation for using mysterious practices on patients.

Within one year of being in North Dakota, Dr. Cavanagh became president of the Fargo Sanitarium. He performed surgeries, magnetic chiropractic care, electroshock therapy, and treated acute and chronic conditions without the use of drugs or knives.

Although electroshock therapy and magnepractics are not commonly performed anymore, Dr. Cavanagh entranced the people of North Dakota in 1902. In 1942, the sanitarium was purchased by Bethany Retirement Living. Bethany cared for residents there for nearly 20 years. Though the Fargo Sanitarium building is long gone and was replaced by the existing Bethany on University campus, one has to wonder if the ground beneath the old Sanitarium building still holds some medical secrets. 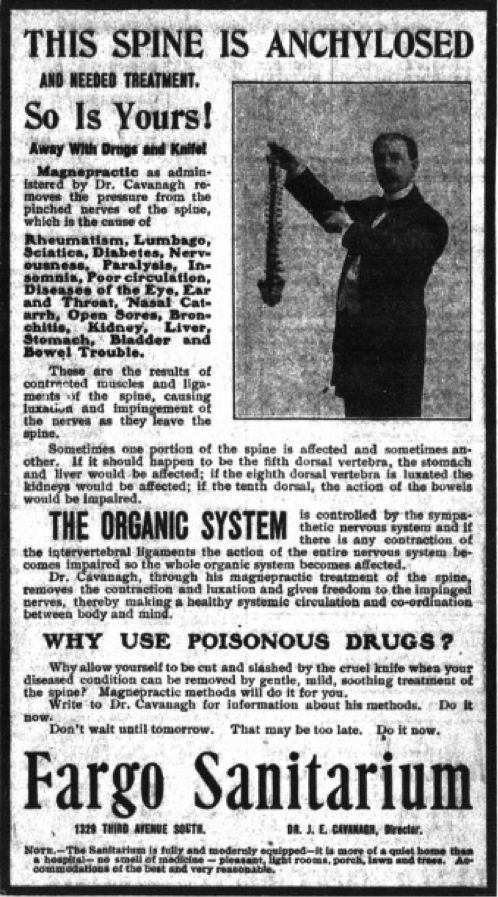